A Page from Cold Open

Here’s a page from Cold Open, with art by Simeon Aston and words by Jeremy Biggs 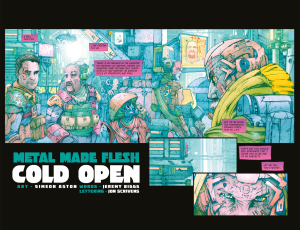 You can check out more of Boo’s artwork here: 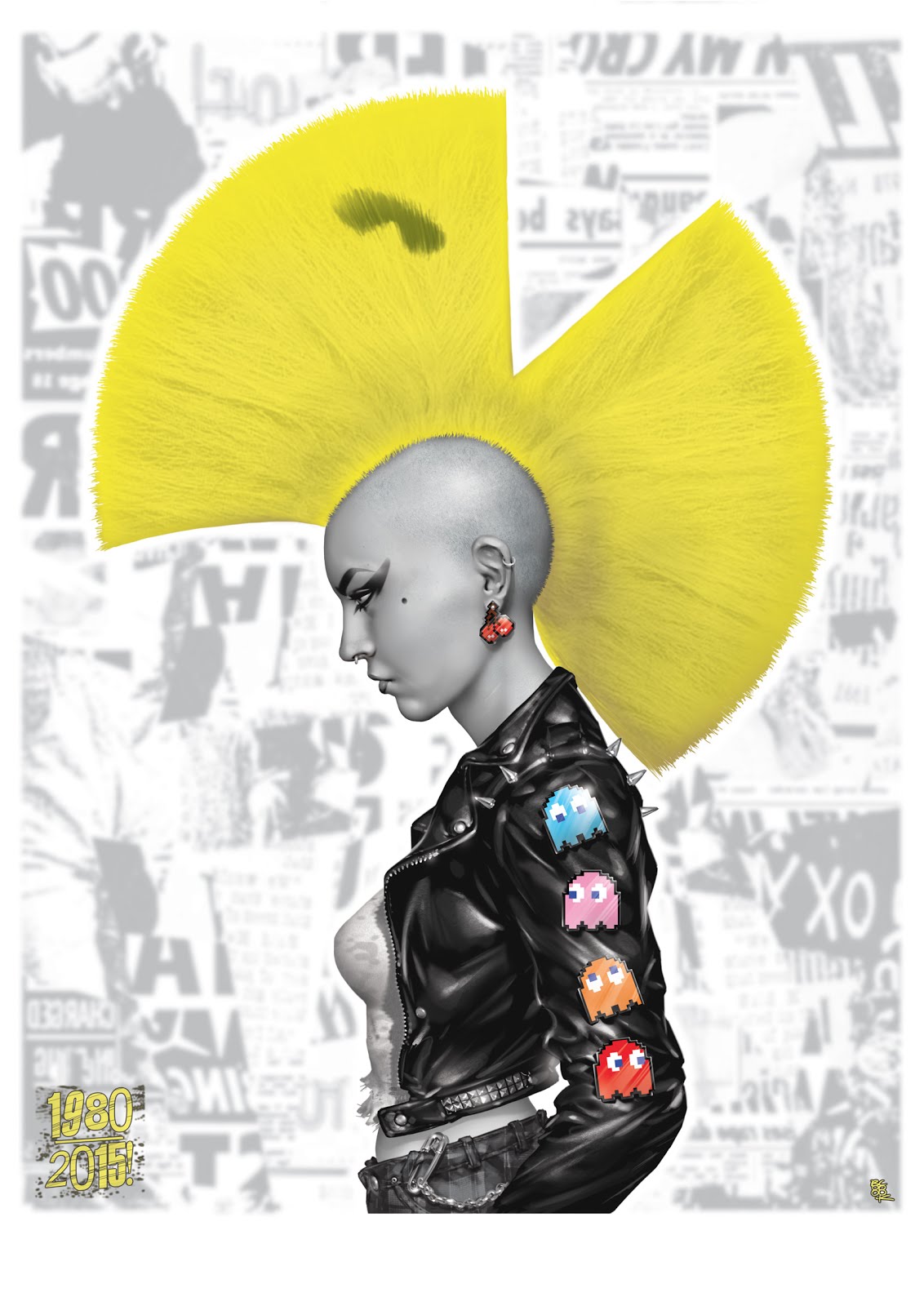 South East UK based comic artist and illustrator. Regularly sketching at conventions. Created his first creator owned book (RTTD) in 2012. A further 3 issues followed with a 4th in development. Had a story featured in the zombie anthology Zombre and had his work featured in Brambletynes Far From Faith.

A relative newcomer to the comic world, we discovered Phil’s work at MCM London a few years back.  Phil’s work on his own comic “Rented to the Dead” really stood out with some fast and loose free rendering that really suited the story.  We’ve already seen what Phil is capable of in the MMF universe and have been blown away by the pages he’s already submitted.

The third writer that is contributing to Blood and Oil is Cy Dethan, a British writer who began his comics career in 2006 on the Starship Troopers: Extinction Protocol strip for Mongoose Publishing.

In 2007, Cy was hand-picked to take over the reins of Markosia’s flagship ongoing series, Starship Troopers. He has subsequently written several creator-owned titles for Markosia, including Slaughterman’s Creed, The Indifference Engine and White Knuckle.

Cy’s first creator-owned book, Cancertown: An Inconvenient Tooth, was a major independent hit and a sequel, Cancertown: Blasphemous Tumours, was released in November 2012.

Recently, he has joined the writing team of the Unseen Shadows transmedia project. Before turning to comics, Cy was an award-winning freelance copywriter and editor. Prior to that he was a professional magician and, quite frankly, he’d rather not talk about that…

Cy’s story “The Final Piece of Me” picks up immediately after “Metal” and centres around Izobel Vice as she encounters a rogue grinder out for revenge.

We’re big fans of Cy’s writing here and stoked to have him on board for Metal Made Flesh: Blood and Oil

Gary is a seasoned professional in his own right having worked as a sequential artist since 1988 at Marvel UK, where he started on Knights of Pendragon. As an artist he’s worked on scripts for luminaries such as Warren Ellis, Grant Morrison, Mark Millar and Garth Ennis, in such stories as The Filth, The Authority, Dan Dare, Hellblazer, Justice Society of America, Jack Cross, Judge Dredd, Star Wars and many others. If you’ve picked up a comic in the last 20 years, chances are you’ll have seen his work.

Gary writes and publishes his own self penned work: Rollergrrrls which promises all the thrills and spills of roller derby.

In addition to comic art, he has also worked on character design and storyboard for film, television and games, and has worked on licensed characters for Dreamworks such as Shrek and Madagascar.

Really stoked to have Gary on board for this project, we know he’ll do an incredible job on Tuaoni.

You can see Gary’s tumblr here:

“cyberpunk GOLD... ART in its truest form... a privilege to own work like this.”

“If Blade Runner and Judge Dredd are even remotely your thing, then you will not be disappointed.”